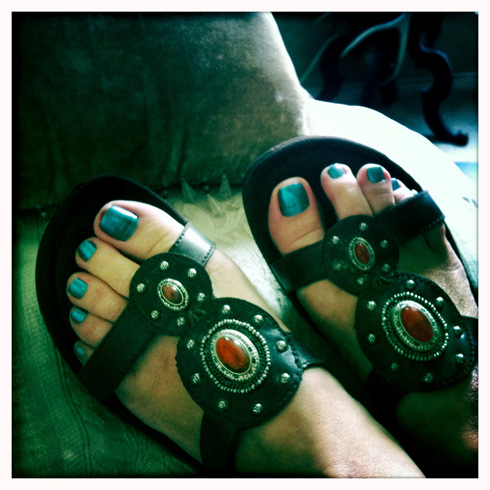 Unintentionally patriotic feet, in tertiary variations on red and blue.

A friend recently asked what art I’ve been working on, and my answer was, sadly, none. I’m feeling a need to do something so I return to the blog—I do enjoy writing. Maybe it will spark something.

Independence Day yesterday; a barbecue on a friend’s deck in the swelter, with spray bottles of water for misting away the heat. The company and food were delightful and spent time with some friends I’ve not seen in ages. There was dancing, and finally a perspiration-fueled walk back to the South Slope. Had a shower and slept like the dead until early this morning when dreams began. They were vivid and, if only by virtue of not being utterly lost, enjoyable. I’ve been aware of dreams very rarely for many months, and that’s disappointing. (I think I have a greater proportion of recall when I’m in the habit of writing them upon waking.)

By the time I remembered the ones of this morning, only a few slender scraps remained— unusual forks and a hasty gathering of possessions before leaving a place; a form of public transport somewhere foreign comprised of small, open-air taxis that seemed more like the cars of a carnival ride which stopped at small, designated waiting areas along a freeway nearly void of traffic.

I have a small book that I bought at Rehoboth Beach a number of years ago, called How to Live at the Beach by Sandy Gingras. It’s a sweet little illustrated meditation on, not just life at the beach, I think, but on the nature of Summer itself. The slowing down, the easing up, the fleeting sub-seasons of short-lived blooms, fireflies, summer storms, sunburns. Summer is a small town, a shooting star—blink and you’ll miss it.  The pages below are a kind of wistful thesis on the nature of summer days; I’m thankful it’s only the first week of July and there are many weeks of summer days still ahead! 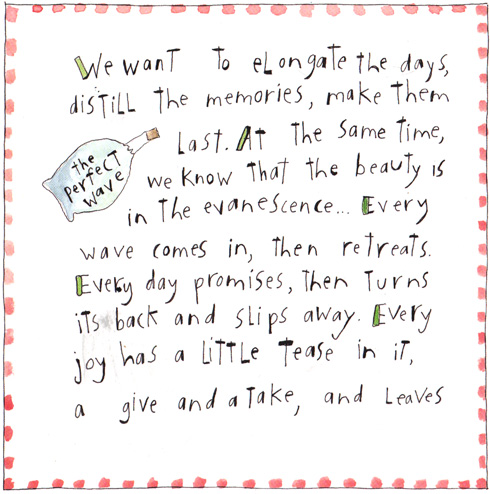 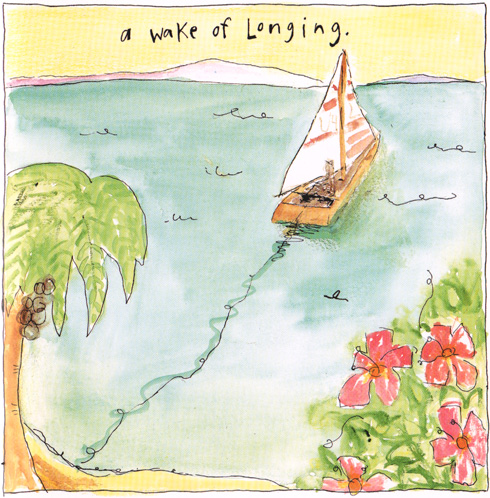