My brother and Seneca in the ring while I was up at the Farm in July.

Summer! It’s been too hot. It’s rained a lot. It’s been busy with work, and (half Fridays notwithstanding) I’ve still not gone on a date with the Atlantic Ocean. Haven’t cycled as much as I’d like.

But it’s been good, after its own fashion; taking its own shape. Clarity and focus with my work has (mostly) made up for my extreme lack of drawing and writing. Solid, meaningful visits to and from family and friends have shored up scattered edges.

What it all has in common: that fleeting quality that I will ever associate with Summer. Happily, the meaning lasts, even if the sunshine doesn’t.

And life without meaning is little more than a series of actions or motions. 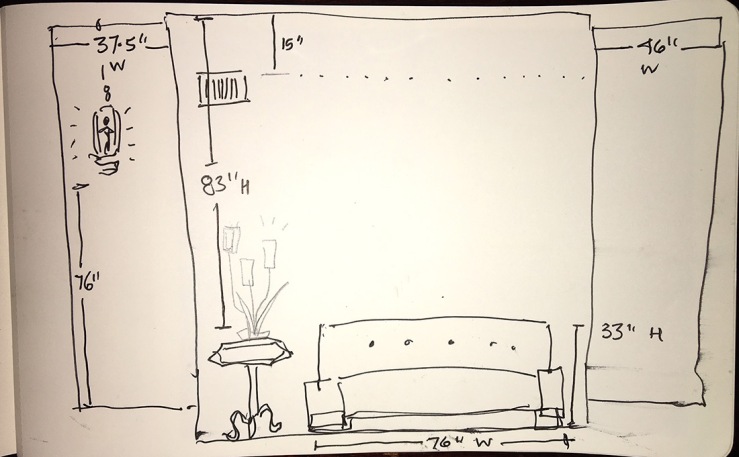 My mathy diagram of K’s wall, before we hung all the art!

Just over a week ago there was an unprecedented electrical storm —very local to my apartment. To the extent that my building was hit and I lost a few small appliances; modem, router, speaker, and the aquarium pump. What a nuisance. Amazon: order replacements. Brazenly, decadently easy to deal with such a blow in these times. Nearly everything was back to rights by the weekend.

The electrical storm seems to’ve been a metaphor for things at large. I wasn’t even upset at having to drop over $200 at the damage that ensued; indeed, it felt like a doorway. An entrance stone had opened, to quote Murakami. I took it as a sign. Old things, old equipment, can be let go of easily with the help of a catalyst. Particularly when it suits the story.

Just last year, my printer died, apropos of nothing. I was irritated, irate at first, but at length it dawned on me that the thing was 11 years old. Then I felt grateful it had endured so long. (Few have such a resumé these days.) I practically well-wished it as I left it on the doorstep of the electronics recycling center a month later. A solemn good-bye, with a wink: So long and thanks for all the fish!

This summer has been the most disruptive I’ve had in a long time, and probably—definitely— overdue. I’m good with it, have found a way to be settled with it, despite not having had my sand and salt respites at the edge of the world; despite not having spent (yet*) enough time with friends in our erstwhile carefree summer ways. It’s a new chapter, demanding of change.

At Springtide I sensed it, (sortof) accepted it— was fine to wait for Summer. But it’s different now, and it’s on account of so many factors I cannot list or name them all.

I’m still absorbing, but for the first time in a long time I’m not afraid of Autumn. I’ve even taken to listening to the Shipping Forecast as a soothing interlude, a doorway to focus, or just to sleep— a horoscope of rain and barometrics, always rising more slowly. 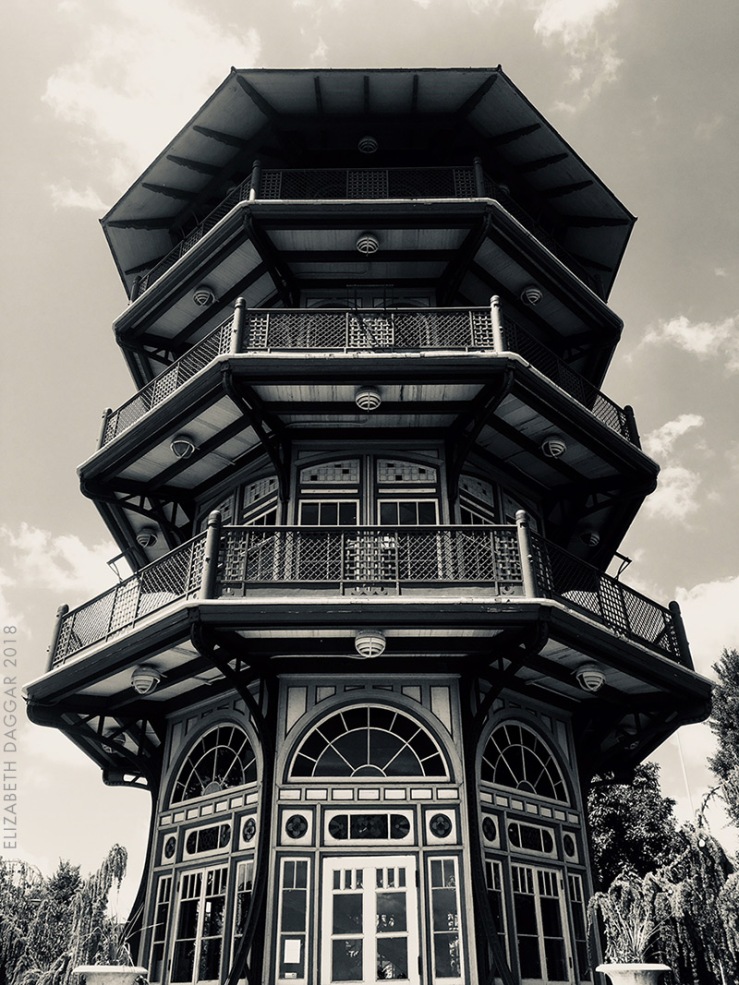 The pagoda at Patterson Park in Baltimore, when I visited K