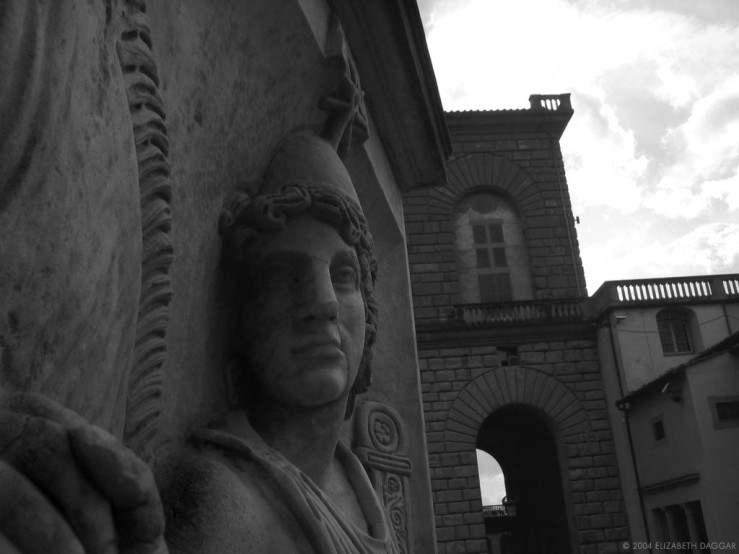 He was long ago sealed into to the wall— made part of the wall— with a spell. All the years since, visitors and passersby have presumed he’s just another sculptural embellishment of the palazzo. His consciousness remains, though— eyes, frozen, he still sees; his ears still hear.

Being a mute and immovable witness is a torture for obvious reasons, yet his tenure has shown him the full breadth of human existence in miniature— from the most touching moments of affection between two people, to vivid misdeeds perpetrated against one another.

He’s bone weary. Part of him wishes for an end to this helpless consciousness, but he remains ever alert for the next tender moment. It’s his undying hope that the tally of deeds v. misdeeds will always remain well out of balance.

4 thoughts on “Deeds and misdeeds”