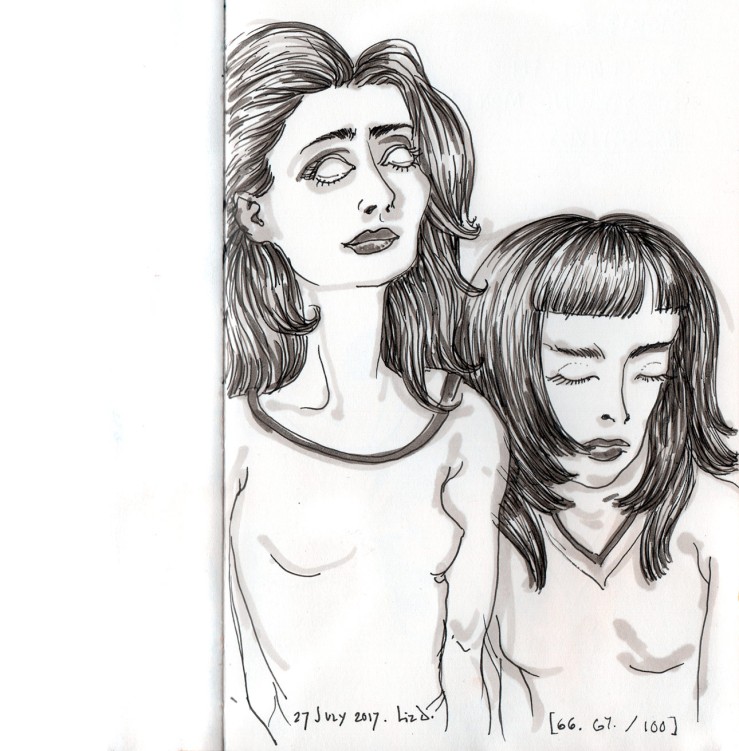 Saturday: it’s windy and feels like l’automne; fans dormant and kitchen window lowered almost shut, so things on the table there don’t wind up on the floor.

I was traveling in some parallel Europe; Scandinavia, and without much in the way of maps or even plans. Improvising. I followed a couple out of a stalled subway train, assuming they were also traveling locally, only to find myself on a large, old intercity bound for Nice. 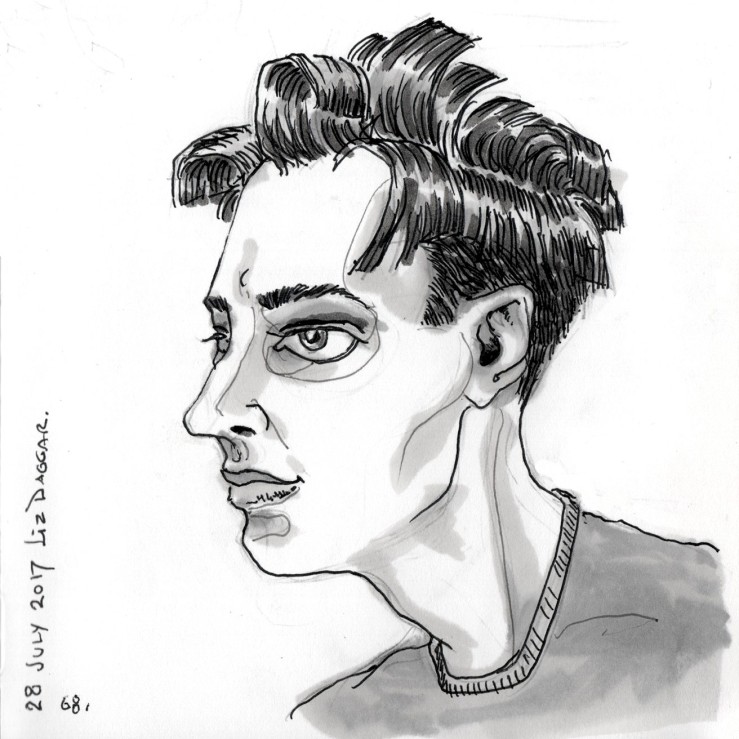 I was visiting my brother, who’d taken up residence in a box-shaped apartment in Manhattan. The interior was the same green as those buildings in Gowanus. I’d been elsewhere, somewhere rough, and a friend of his found a dried up bird leg tangled in my hair.

I was fascinated— where had that come from? I felt I’d imagined it into being, as I’d been hallucinating things— there was a dog’s snout stuck in the glass of the window. It hadn’t broken through but kind of sunken in and got stuck, as if the glass had been still soft, just for a moment, The rest of the dog was gone; just the end of his snout, teeth bared.

Disembodied parts of things were following me.

4 thoughts on “Two drawings and two dreams, all unrelated”