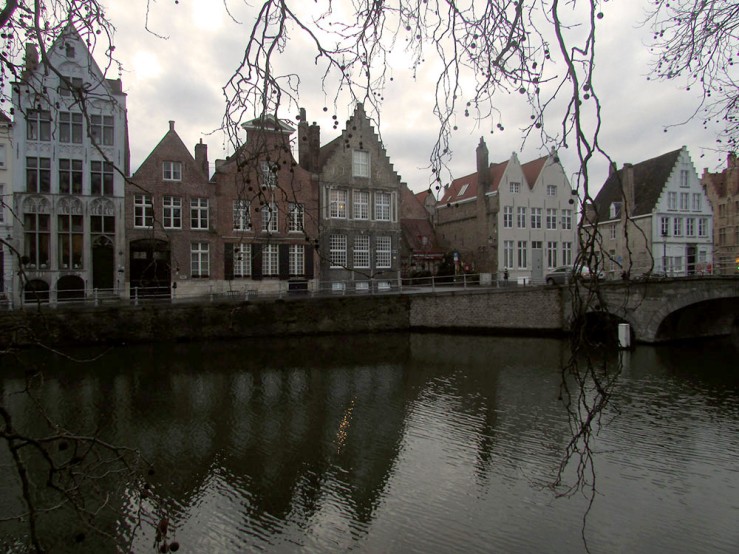 My train to Brussels was cancelled yesterday. I’d got to the station in Amsterdam early so I was able to get on the 10:55am re-route train, which was only meant to add 60 minutes to the trip. But four cities / trains later when I landed in Brugge, it was 4:30pm.

So not much daylight there. I can’t say I was that disappointed, though. Wandering around the old town and canals, all the shops were in process of closing up and very few people around, which was nice. It’s pretty sleepy anyway, as it’s February. 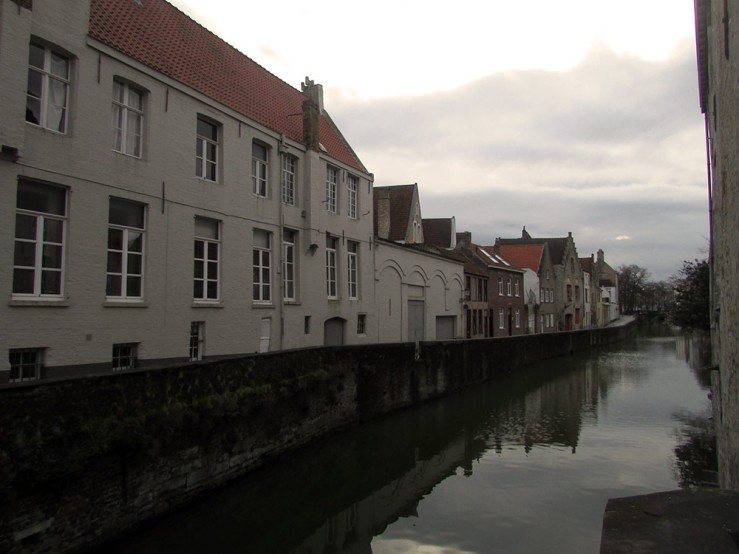 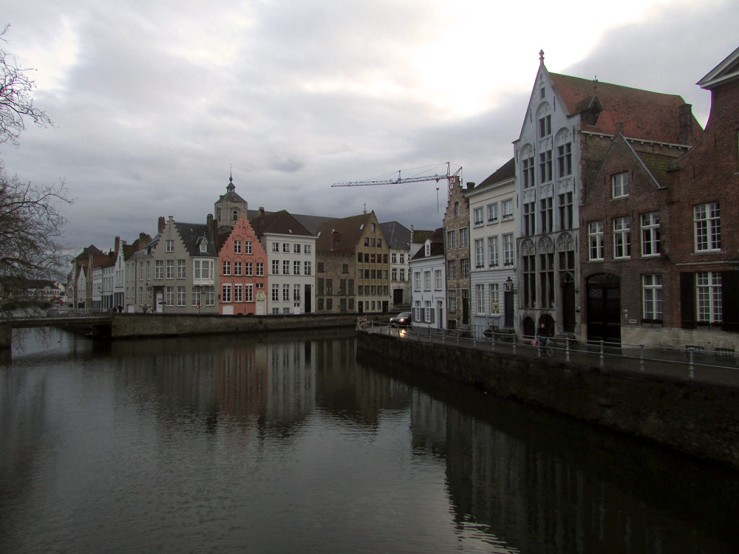 The situation and scale of the canals there remind me simultaneously of Berlin, Paris and a little A’dam. A very beautiful little city. 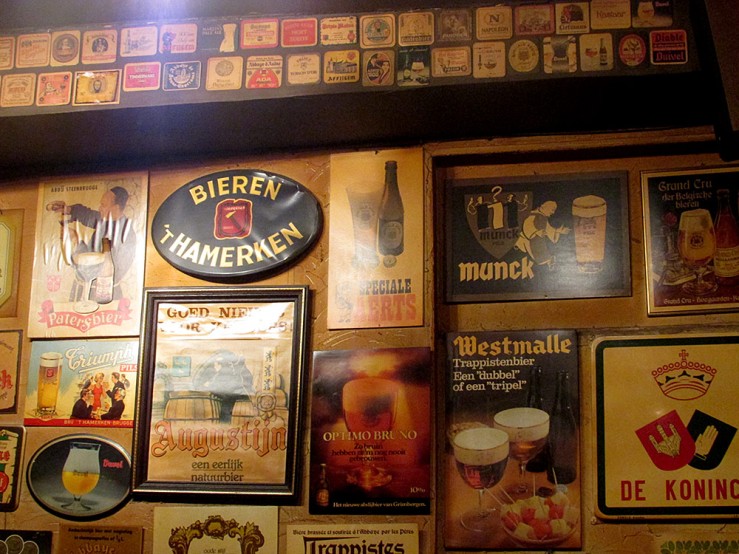 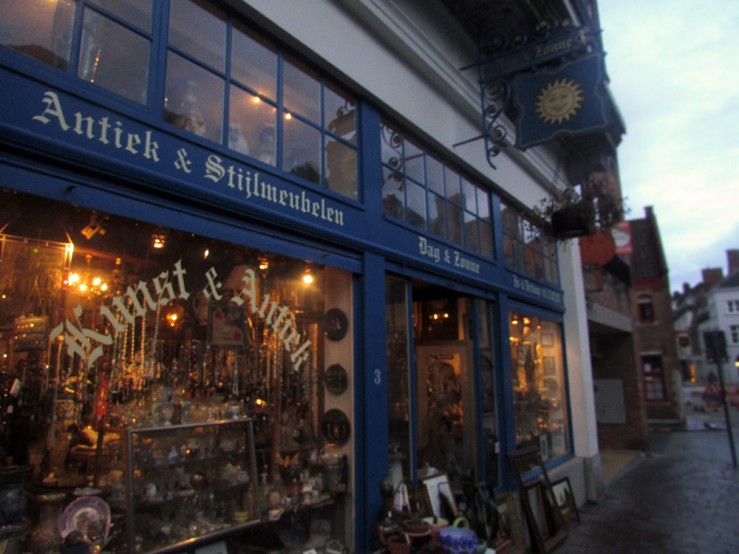 Before dinner I found a little beer bar down an alley called Brugs Biertje; mostly filled with locals and a mixed age range. After a couple Belgian beers, I wandered back toward the antiques shop I found earlier to check out a bistro on a canal corner, but they were closing. Down the road, however, I found Cafe ’t Stokerhuis, which was cozy and had really nice rustic food and a dry French white for two euros a glass (!). Also mostly locals in there. 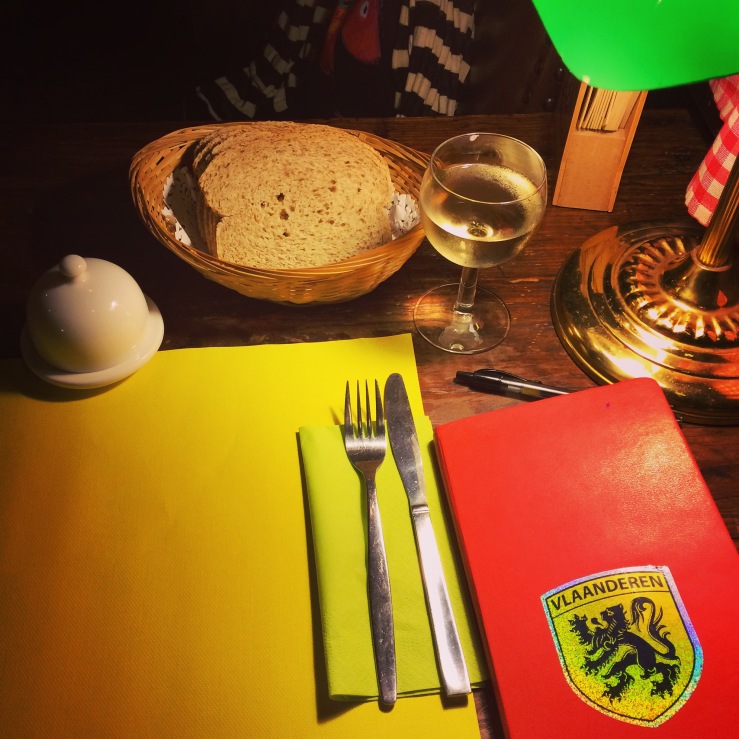 The proprietor said he’d never seen an English-speaker with a “Vlaanderen” sticker on their book, and seemed pleased by it. (Said the colors of Flanders don’t traditionally include red; that’s the addition of the Belgian stripes.) That’s why that sticker says Flanders, not Belgium; just yellow and black. (except for my book).

I tasted neither chocolates nor frites while here, but I prefer architecture and anthropology, anyway. (And beer, obv,) 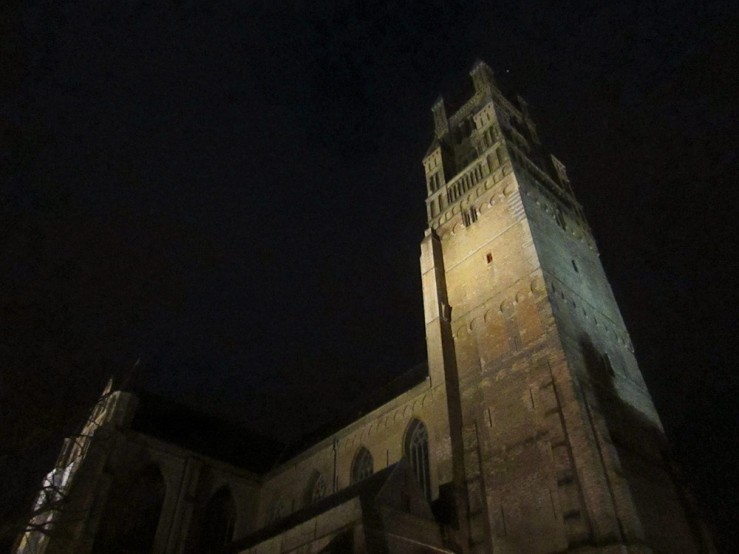 4 thoughts on “To Brugge by way of Breda, Roosendaal, and Brussels”