Below are a very, very few selects from the photographs I took during our recent trip to New Orleans. I will be adding a rather large amount to my Flickr page soon, but for now… (see link under the third photo for more)

Wednesday afternoon, first stop after checking into our hotel: Pimm’s cups at the crumbling delight that is the Napoleon House in the French Quarter. 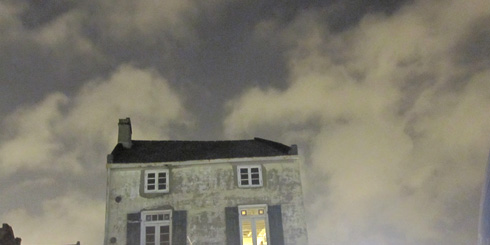 Painterly exposure of a night house on the walk into Marigny to visit the R Bar.

Thursday Morning: Head out on the St Charles streetcar to wander the Garden District and Magazine Street. First stop: Lafayette Cemetery (above).

If you look closely, you can see Ben standing beneath this behemoth tree.

Thursday night in Bywater: The scene outside at Vaughan’s Lounge; the crowd there to see and hear Kermit Ruffins, a NOLA institution.

Friday morning: Ben and I in our protective ear-gear, aboard a swamp tour airboat!

A view within the swamps, out near Jean Lafitte Park, south of the city. 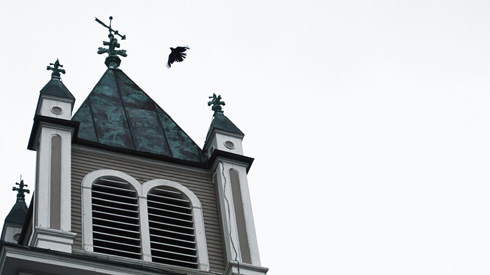 A crow takes flight from the belltower; walking through Marigny to Bywater Saturday after checking in at the Burgundy B&B, where we stayed Saturday and Sunday nights.. 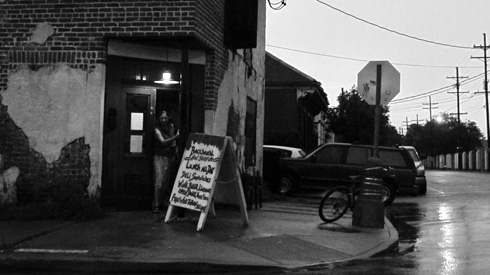 Saturday later afternoon, a day of intermittent rain: Out in Bywater again, this time on a daytime wander. Here is the last riverside corner of Bywater on that moody day, where an amazing little place called Bacchanal resides.

Sunday afternoon on North Rampart, having some leisurely cocktails in Bar Tonique, waiting to be picked up by our new friends (one of whom wrote this) who took us for an eye-opening drive around the devastated Lower Ninth.

A few of the Make It Right houses (more commonly referred to as the Brad Pitt houses) in the Lower Ninth Ward.