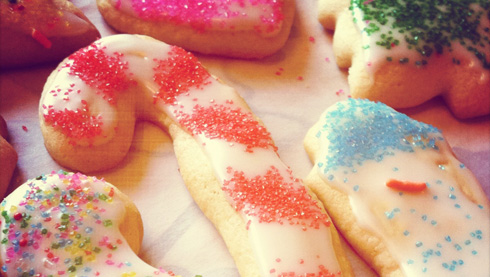 Amid the waning of the old year I had moments anxious for it to be over– or I think eager is a better word. But then on January second, in the wake of Jon and J. driving back upstate, there was the inevitable feeling of sadness or loss that the carefree time-between-the-years was over. The holiday break had come to an unceremonious end, as it must. For the remainder of that day, and all the next, I was in a slump, unable to motivate.

But now it is the sixth, a Friday; the slow start transformed into a ramping-up of productivity– meetings, beginnings of new work projects, and the nascent fulfillment of plans made. Last evening I joined the gym at the Y with Adam, in pursuit of fitness! We also had our first lesson in Italian, the second to be Saturday afternoon before the first book club meeting. (I’m very behind on reading this short novel, so tonight must be spent in finishing it.) I’ve also prepared a new batch of jewelry to be resin-filled on the weekend. January is looking to be busy, and that’s good.

Next month: Mexico! How nice to have something to look forward to so shortly after the holidays. The Fire Island crew is also making plans for our trip in the summer (rooms are already booking up!).

My last post (merely a quote) was a month ago. I’d not meant 2012 to get a week long in its teeth before posting something here, but initially there was only a Moomin wistful sadness, without words and without form; only tracing the arabesques of two small fishes from the couch across the room, or waiting for the feeling of a New Year to take hold. It’s never an instantaneous thing.